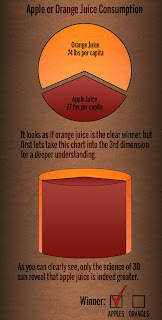 A totally fair, balanced, unbiased comparison. Really. No really! See more of this chart at: smarter.org via junkcharts.
Posted by Dr.J. at 8:39 PM No comments: 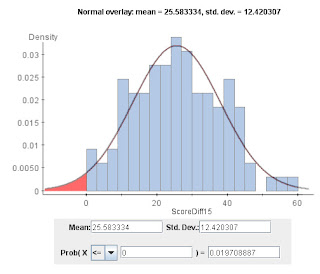 Wait 'til next year! 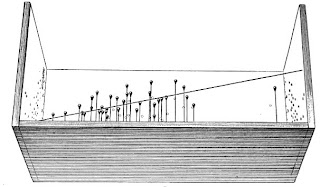 A multiple regression model from George Undy Yule's "An Introduction to the Theory of Statistics" (1911) page 242. The residuals can be seen in the edge-on view. 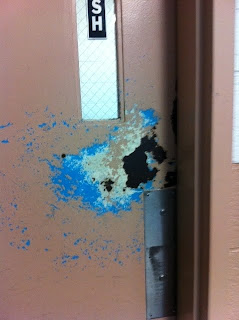 Here are scatterplot contours of hand placement in opening a door at a health center stairwell. The door itself is the darkest color shown, but it has been painted over with white, blue, and peach(?) colored paint. As thousands of hands push the door open they slowly rub away some of the paint, leaving bivariate contours of greatest use. Horizontal and vertical frequency of hand placement can be readily seen in the paint wear pattern.
Posted by Dr.J. at 3:27 PM No comments: 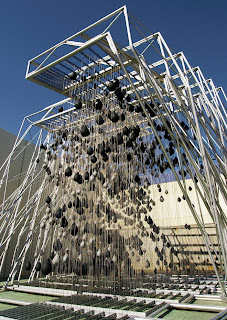 A 3D scatterplot made of 1300 punching bags (click picture for larger view) by artist Michael Kalish from Wired, with an impressive 2D marginal scatterplot of Muhammad Ali. 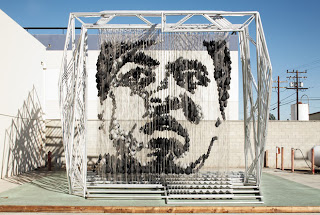 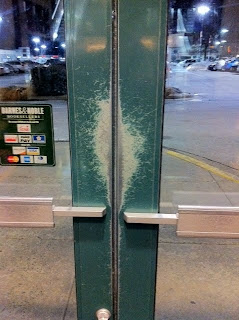 An image of the wear on exit doors at a Barnes and Noble bookstore in Rockville, Maryland. Most wear is located a little below shoulder height as customers push on the door with outstretched arms as they exit. Or are they holding open the door with fingers as they enter? It turns out it's both. (Yes, I stood there and watched!). It's both uncomfortable and inefficient to open the door much higher or much lower. We're left with a greater frequency of use centrally located with less and less wear above and below: a unimodal frequency distribution of wear. Considering that human height is approximately normally distributed, the patterns here should reflect that normality. It's interesting to note that the left hand door seems to have a frequency distribution of wear that sits slightly above that for the right hand door.
Any ideas as to why?
Posted by Dr.J. at 6:58 PM 6 comments: