From the Past Year: In Memoriam Recalling the death, this past year, of one of my favorite examples. Read more about my Cherry Blossom example from April 14, 2014, an "outlier" in plain sight!
Posted by Robert W. Jernigan at 12:00 PM No comments: 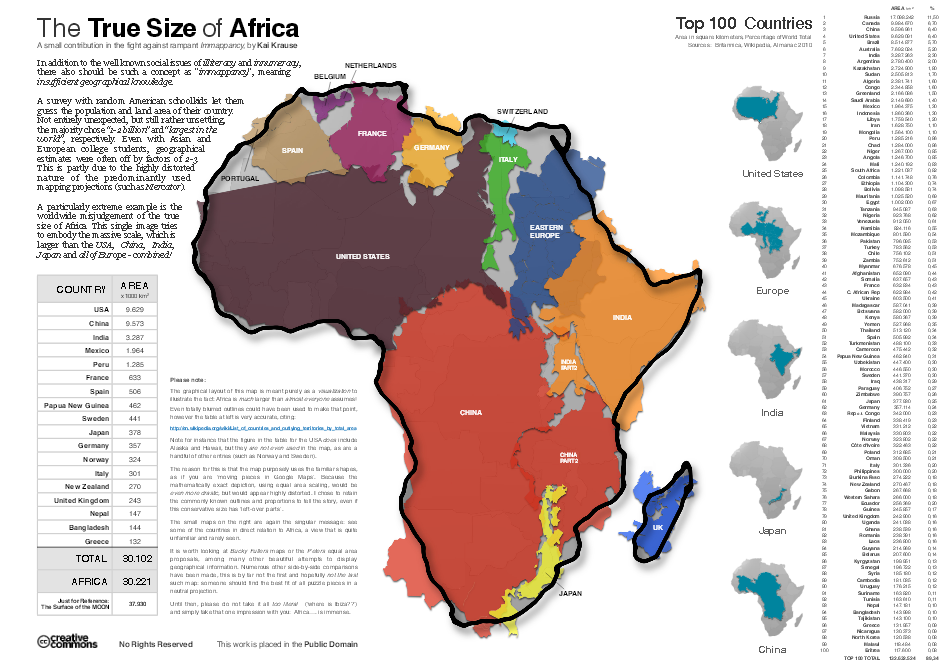 Although not strictly a statistical concept, I very much like these sort of comparisons. They startle your expectations. Via Kai Krause.
Posted by Robert W. Jernigan at 12:00 PM No comments: 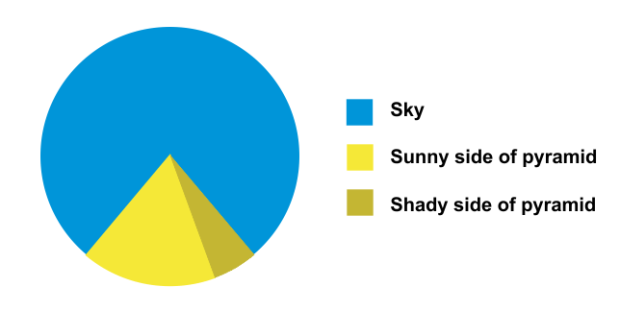 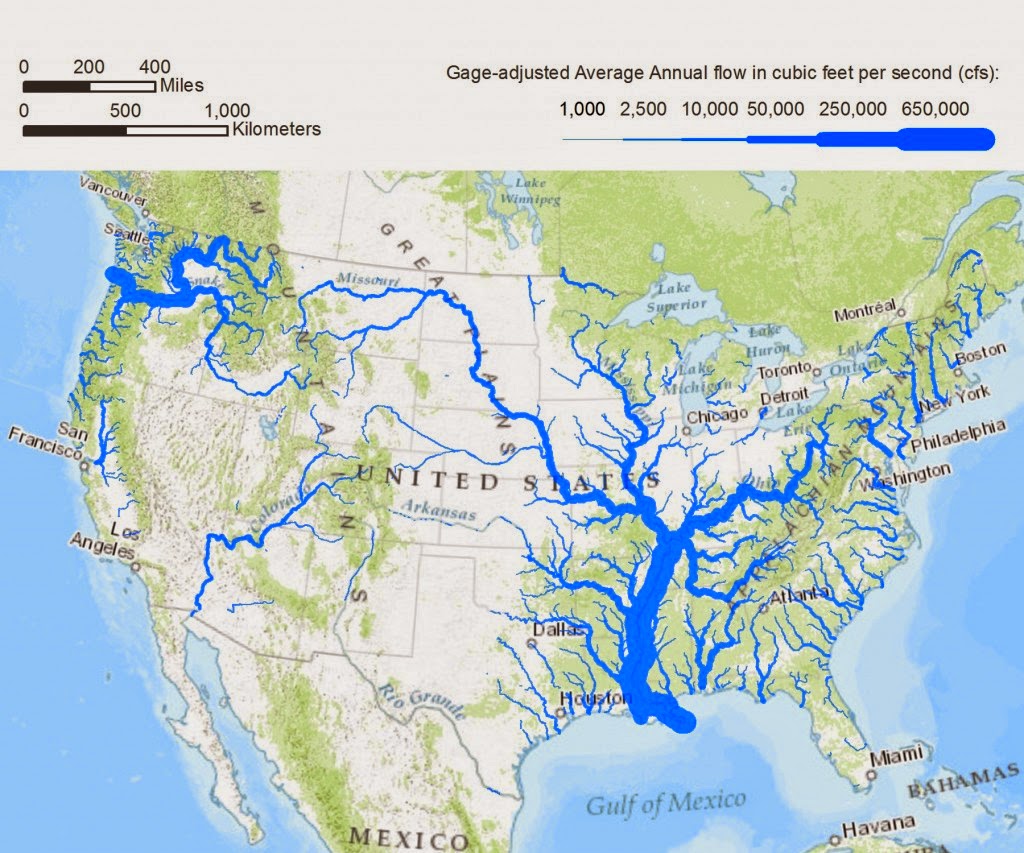 How big are US rivers? Where do they flow? How much water do they contain? This graphic from Pacific Institute helps to answer these questions. Shown are rivers, merging into rivers, displayed as increasing width of blue branches leading to their trunk exit at the ocean. In the East Central US the flow is primarily into the Gulf of Mexico and appears in this graphic as a great branching tree of water with some branches stretching across the country, nearly to Canada. Many dimensions (i.e. variables) are shown in this graphic: Longitude, Latitude, (and the associated nominal variable of State Name), Direction, Water Flow (with river width drawn proportional to the square root of its estimated average annual flow volume), across forested regions (in green) of the US. Perhaps another (seventh) variable indicating transit time from the tip of a branch to the ocean could also be color coded. Is such information easily available? I don't know.

The map is reminiscent of Minard's acclaimed map of Napoleon's march. Via Scientific Illustration and joerojasburke. 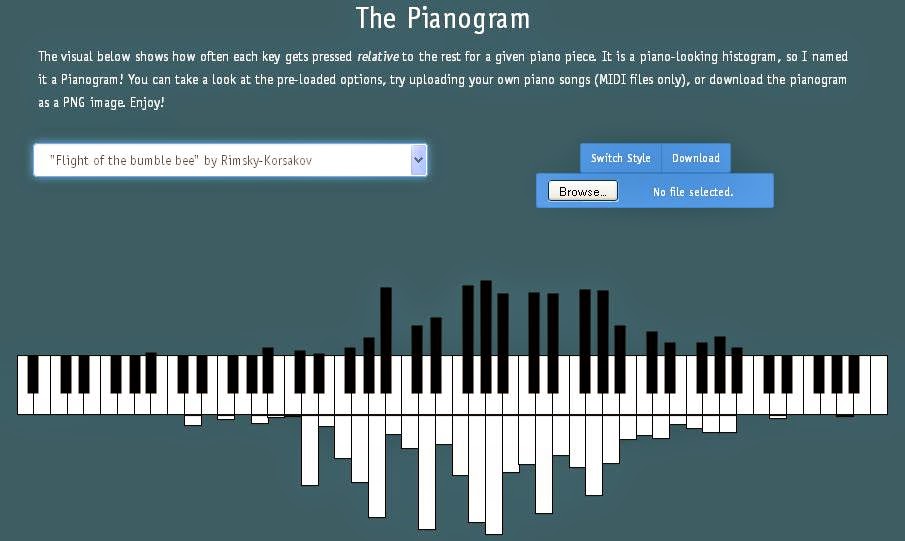 From the site JoeyCloud here is a histogram on a piano keyboard where the histogram bars are drawn with their length corresponding to "how often each key gets pressed relative to the rest." This example is Flight of the Bumble Bee by Rimsky-Korsakov. You can select others from a short menu of classical works or from your own uploaded MIDI file.Via Flowing Data.
Posted by Robert W. Jernigan at 12:00 PM No comments: