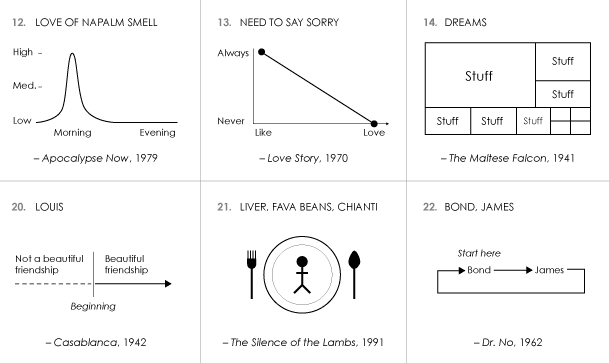 Statistician Nathan Yau at Flowing Data offers a poster print of his Famous Movie Quotes Poster from the American Film Institute's list "100 Years...100 Quotes". The image above is just a glimpse of the larger poster. Enjoy the fun. 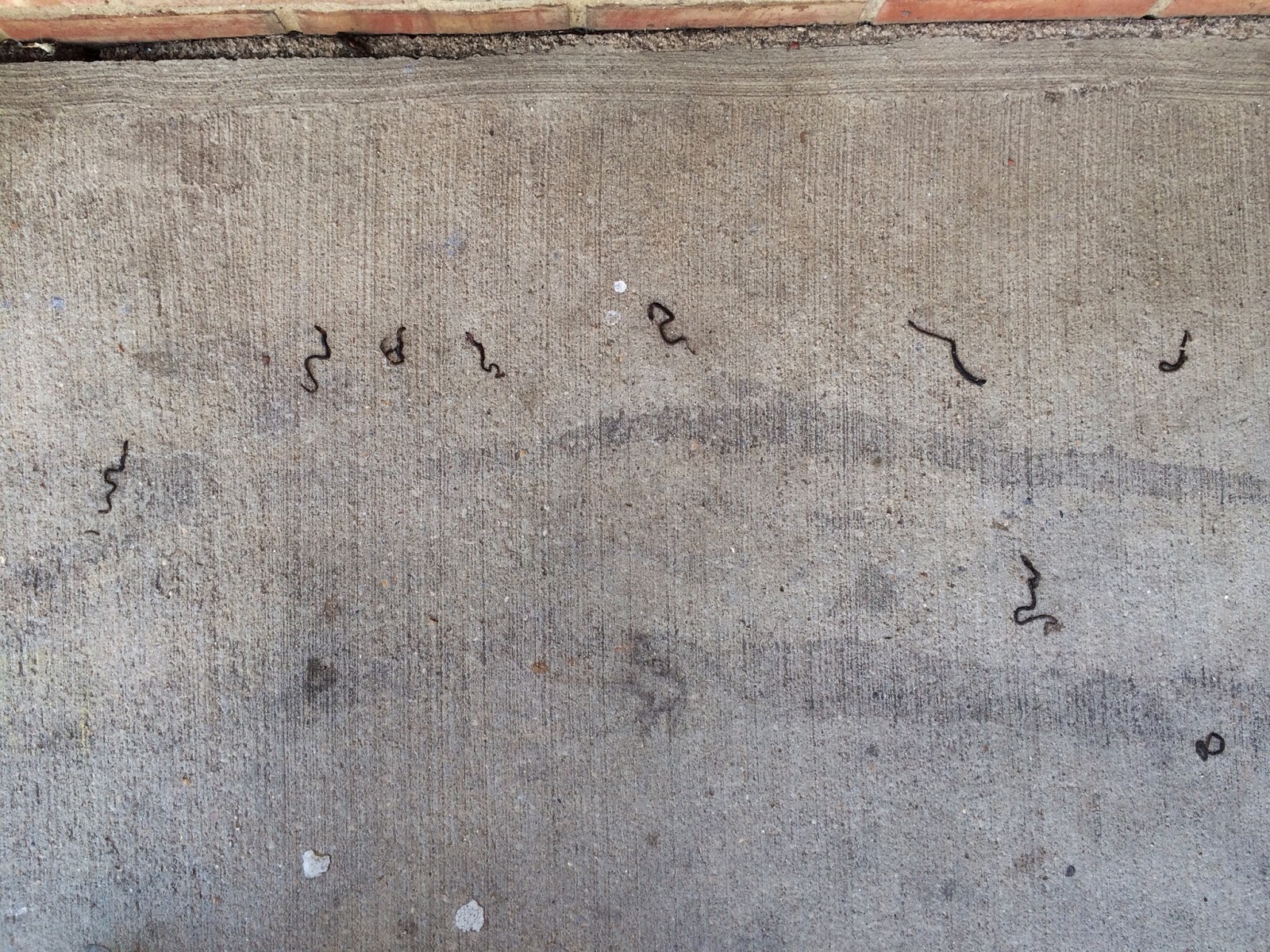 Lots of rain this past week has saturated the ground and brought up earthworms attempting to escape drowning. These poor ones weren't lucky. Their last appearances were these squiggly shapes on the sidewalk. They resemble strings thrown on the ground, which is actually an established problem in probability called "The Thrown String". First formulated by J.L. Synge in a question in the Mathematical Gazette in 1968:


A perfectly flexible inextensible string of length L is thrown down at
random on a horizontal table. It is assumed that the form of the string
is represented by x =x(s), y =y(s), these functions possessing derivatives
of all orders for 0<s<L. The experiment is repeated many times.
What is the average value of the rectilinear distance between the ends
of the string?

Suggesting that a ratio around 1/3 might be possible. But his final conclusion leaves the problem open:


Conclusion
The problem of the thrown string is not solved. Perhaps we should
say that it has not been adequately formulated.

Others have considered the problem. Two in particular: Clarke in the Mathematical Gazette (1971) represents the the string as a sequence of line segments J.F.C. Kingman in the Journal of the Royal Statistical Society B (1982) considers the string as a chain and models its dynamics on the way to the floor. But before this approach he considers the string as the realization of a stochastic process. The squiggly string is the continuous sample path of the process. He further argues that if the string is cut at a point P, relative to axes, one of which is tangent at P, the two segments are independent. This leaves us with a stochastic process with continuous sample paths and independent increments. This implies the process is Gaussian. The distance measured is then between two points from a bivariate normal distribution and as such twice the square of the distance is proportional to a chi-square distribution with 2 degrees of freedom.

Of course, none of this helps the poor worms! 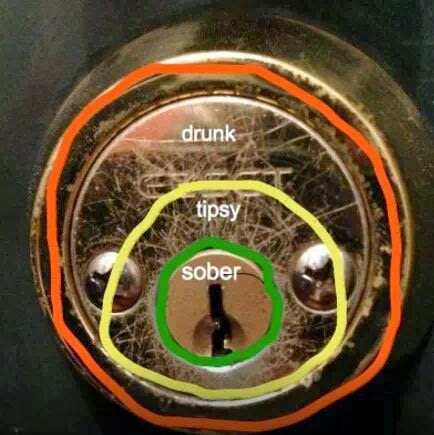 Pattern from the joint distribution of keyhole use labeled with contours of sobriety (thanks Scott) from this source (among many). Perhaps this owner needs the keyhole for drunk people.


The Washington, DC area was spared from the worst of the big snow storm this week. At home we got only about 4 inches of snow. The video is of the window that our cat frequents. She walks back and forth along the narrow window sill and touches her nose on the window panes. This is likely cage behavior of her indoor life. She leaves behind a grease spot on the panes with each nose touch. The marks are faint and hard to see, with fewer marks on the left-most pane, many more on the center pane, and fewer on the right-most pane. This is a pattern we have seen often. If this was one complete pane of glass, rather than three individual panes, we could see the continuous frequency distribution of her nose touches, likely following a bell-shaped frequency distribution curve. As it is, we see this continuous distribution divided up into three disjoint regions. The individual touches have been placed into the three bins of a histogram of this continuous distribution of nose touches. Overall, if she touched the panes n times, the counts of the touches that fall on the three panes would have a multinomial distribution, with a higher probability of touching in the middle and lower probabilities on either side.
Posted by Robert W. Jernigan at 12:00 PM No comments: