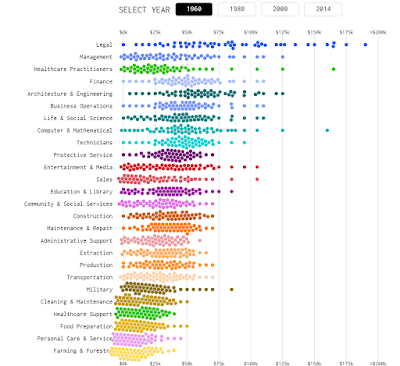 From Flowing Data, an interactive dotplot showing the distribution of annual salaries in various fields. Selections can be made for the 1960s (above), the 1980s, 2000s, and 2014. As a time range is selected, the dots representing the annual salaries of 50 randomly selected people, dynamically redistributed themselves to reflect the times salary frequency distribution. Compare the dramatic change in spread from 1960s above to the 2000s below. 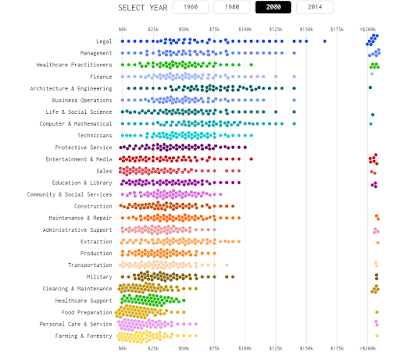 Yet Another Door Distribution Again, this time at the Summer Shack Restaurant in Boston. Not many patrons grab the door near the handle, not many reach it much higher. Most grab the door, and wear away its paint, at a comfortable, likely shoulder height. A bell-shaped frequency distribution results. Thanks Laura.
Posted by Robert W. Jernigan at 12:00 PM No comments: 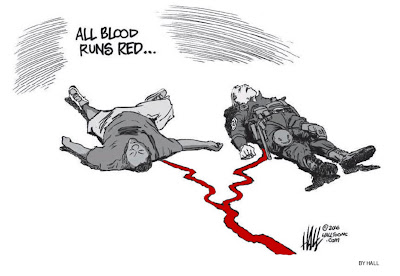 The Fourth of July 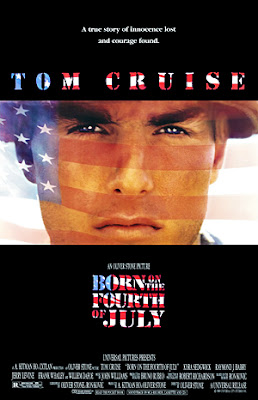 Oliver Stone's 1989 film Born on the Fourth of July tells the story of Ron Kovic, US Marine and anti-war activist. Kovic was portrayed by Tom Cruise, as advertised in the film's poster above. The poster's dominate color is black with, as expected, red, white, and blue, but also oranges and yellows in the face tones. Photoshop reveals the poster's colors in the swatches below. 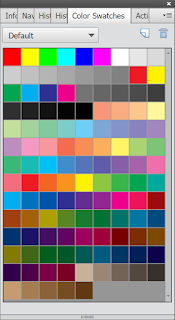 Vijay Pandurangan has considered these colors along with those of many other films. Below are his findings for the year 1989: 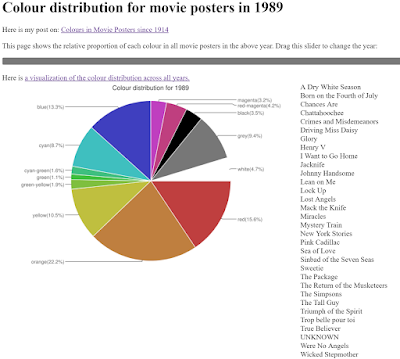 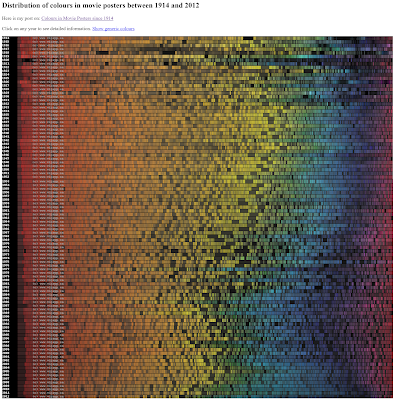 He also produces an interactive image (still image below) with lightness and saturation ignored. 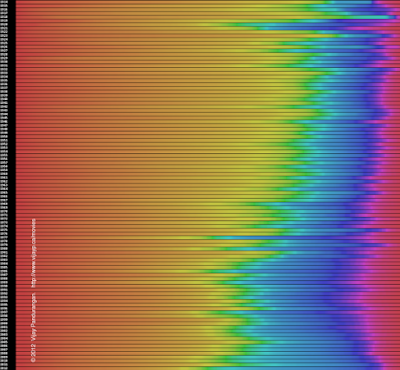 Movie posters seem to have gotten bluer over time. We've seen movie poster colors here before. Thanks for the link Nick.