YADDA: There when you need them 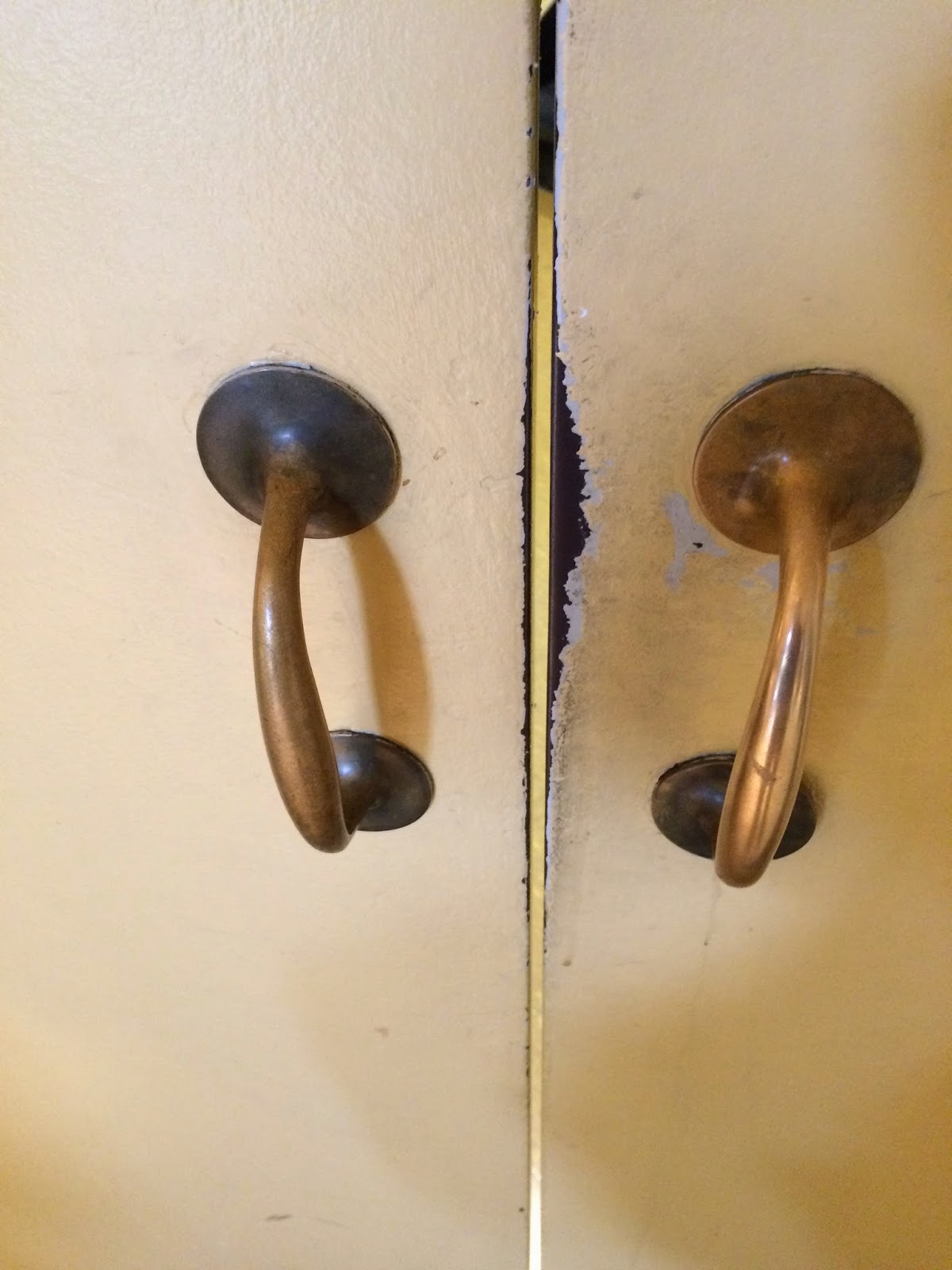 This past week I gave a talk "Normal Distributions: Photographic Confusions" at the University of Maryland. On the way to the lecture room I pointed out this bell-shaped distribution of wear on a stairway door. Yet Another Door Distribution Again.
Posted by Robert W. Jernigan at 12:00 PM No comments: 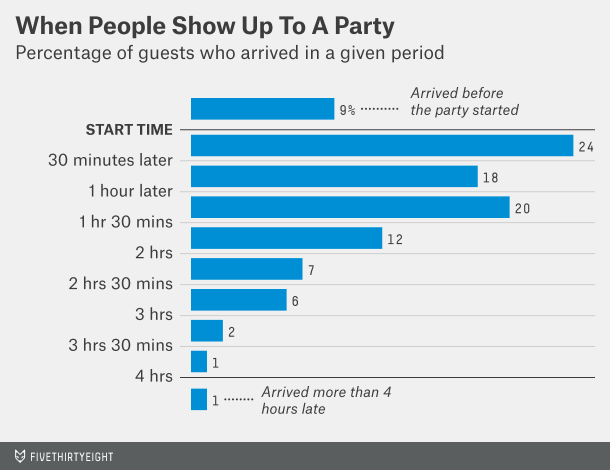 Here is a histogram of when people showed up to a party. From FiveThirtyEight, begun by Walt Hickey, but then crowdsourced from readers. Of 803 guest times submitted, the median guest arrived almost an hour after the party's start time. Four guests showed up over 3 hours late. How fashionable is that? 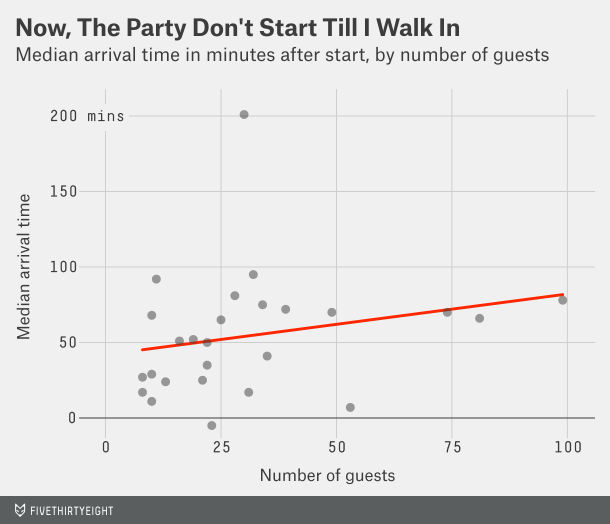 They also looked at a scatterplot of arrival time against number of party guests.  They fit a regression, with only a 5%