Age of the Oldest Person You Know 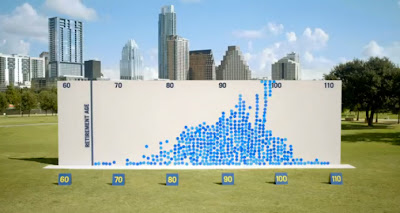 From a Prudential TV commercial that has people place large, round stickers on a number line to represent the age of the oldest person they know. This forms a histogram or dotplot. The message is to have Prudential prepare you to have adequate money for all these years. You can add your own sticker at the Prudential website. Here is a video behind the scenes.

Top of the Curve = Middle of the Pack 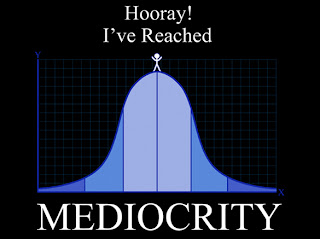 This shirt design gets it right. At this peak, you have not surmounted all around you to become the best. On the contrary, you've truly "reached mediocrity".
Posted by Robert W. Jernigan at 12:00 PM No comments: 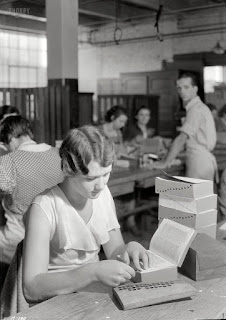 This is a recent post from Shorpy.com, a blog of vintage photographs. This image from 1933 shows a woman deftly gluing alphabet tabs on, what appears to be, a dictionary. We've seen earlier how such tabs represent the cumulative distribution function of the first letter of the words in English. The close-up below show the dictionary to the woman's left. The tabs for letter groups run from Z to A from left to right. For our use, we flip it over allowing the alphabet to run properly from A to Z.
The tabs then show relatively few English words beginning with the last letters of the alphabet. 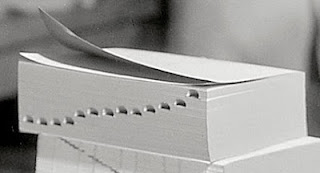 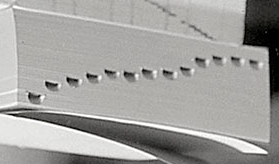 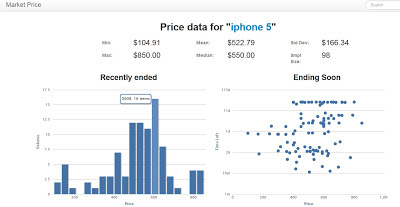 Market Price (getmarketprice.com) collects the current prices of items (over $100) selling on e-bay. It provides summary statistics (min, max, median, mean, and standard deviation) along with a histogram of prices and a scatterplot of  time left to bid against price. They also include a list of the raw data with links. 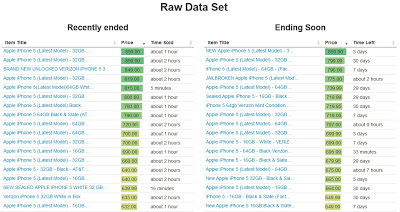