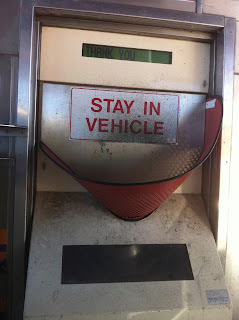 Look close. Coins have done their worst. Scores of drivers, admonished to "Stay in Vehicle", have tossed their coins into this Florida Greenway tollbooth. They have aimed for the bin and hit the backstop: the sign. Examine the coins' dings and marks near the bottom of the "Vehicle" sign. If the sign extended lower we would probably see a near circular scatterplot pattern of marks, the results of targeted tosses that have missed in various ways: off target left or right or up or down. As it is, the close-up below shows that the sign retains the marks of the top half of the scatterplot target. The drivers' coins seem aimed just below the "C", not full center. Perhaps slight bias is aided by the forward motion of cars, not fully stopped, to pay the toll. 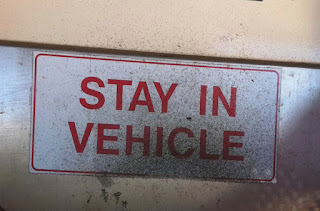 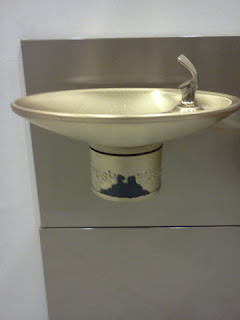 A water fountain at the Smithsonian American Art museum, submitted by Eric Lawrence of George Washington University. The many hands of museum visitors have pressed on the lever for a drink and worn away the metal luster to produce the dark pattern of a histogram revealing a bell-shaped distribution of wear and use. Good eye, thanks Eric. 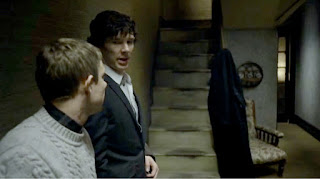 Here's another Sherlock Holmes statistical connection (thanks Laura). This image is from another modern update to Sherlock Holmes. This is from the BBC TV series Sherlock that appears on PBS Masterpiece Mystery. This episode is A Study in Pink a modern version of the Arthur Conan Doyle story A Study in Scarlet. Notice the pattern of footfall placement on the steps. Each step shows a bell-shaped  distribution of wear. You can trace the mode of each step's distribution and see a regression curve of the modal path up the steps.

Arthur Conan Doyle described such a wear pattern in his story The Man with the Twisted Lip where Watson describes his investigation of an opium den:


I passed down the steps, worn hollow in the centre by the ceaseless tread of drunken feet. 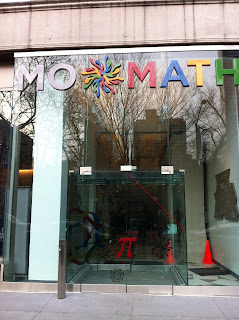 I'm just back from a trip to NYC that included a visit to MOMATH, the Museum of Mathematics (thank you Nick and Katie). The museum is full of hands-on and feet-on exhibits similar to those found at the Exploratorium in San Francisco. Some examples:

Here kids are walking over a lighted floor that forms Voronoi regions of all points closer to one child than to any others. 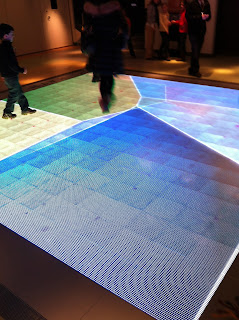 Here are two visitors riding square-wheeled tricycles in circles on a catenary floor. A catenary is the curve of a hanging chain. Inverted, this curve forms the bumps on the floor that smoothly match with the rotating square wheels. It is quite a ride! 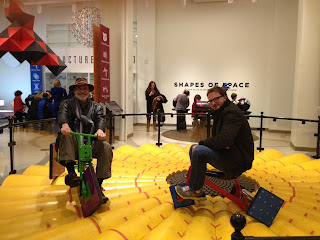 Even the restroom sinks have math connections. 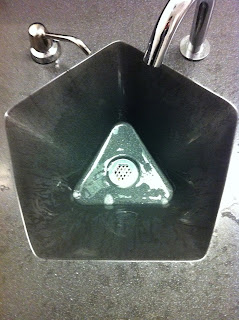 Alas, the sole probability and statistics exhibit was a Galton board or quincunx, that was out of service. 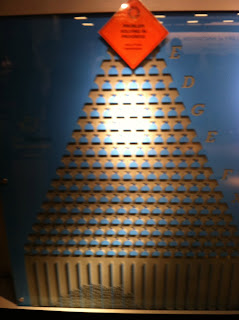 This model has a lever to change the positioning of the pegs that direct the travel of the balls to the bottom. The lever is shifted to allow for non-fair (non-50-50) directions of the ball drop. The left-shifted pile of balls at the bottom suggest, that before it stopped working, the lever was set for the balls to fall to the left with a greater probability than to the right. This is much like a device that Karl Pearson, Galton's protégé, illustrated and wrote about in 1895 showing many individually sliding rows of pegs to vary the probabilities of fall to the left and right. 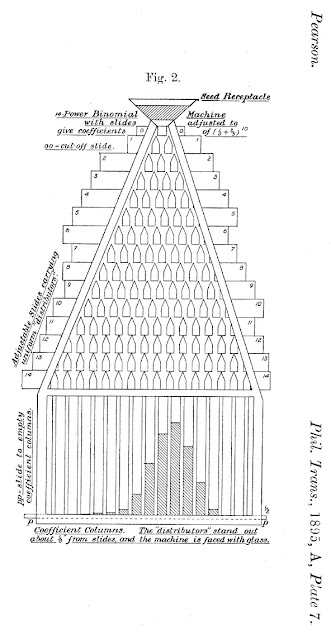 It was cold and windy in the city. We all bundled up. 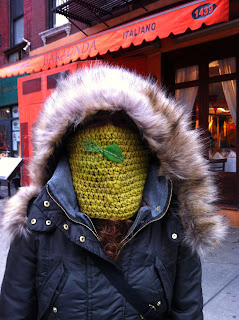